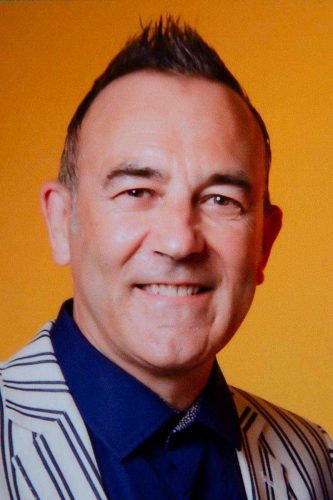 After qualifying as a Podiatrist in 1988, Stephen became interested in musculoskeletal conditions. This interest was initially developed through clinical practice and undertaking an MSc that examined ‘The effects of abnormal sub-talar joint motion and its implications within inter-professional practice’.  The latter topic was presented at the Podiatric Research Forum. Stephen continued to develop his clinical experience in private practice at ‘The Biomechanics Clinic’ in Cardiff, where he built links with other like-minded Heath Professionals who wanted to work in a multi-disciplinary way. These have included Physiotherapists, Chiropractors, Osteopaths, Chiropodists, Consultants in Orthopaedics, Rheumatology and Paediatrics. The Biomechanics Clinic has been established for over 20 years. Stephen is particularly interested in exercise-induced lower limb injuries in both adults and children. This interest has allowed him to treat both professional sportspeople and elite child athletes. Throughout his career, he has worked with professional sports clubs including premier league football, rugby union clubs and national squads. He has treated many different professional sports injuries including ice skaters, ballet professionals, high jumpers as well as the more common sporting overuse injuries seen in football, athletics and rugby. Stephen has worked closely with Cardiff City Academy, helping footballers of all ages, and has great experience in treating the complexities of the growing athlete.

Stephen has lectured for many different orthotic manufacturing companies and has contributed to the designs of new products. This has led to Stephen sourcing orthoses from America and Canada for his patients. Stephen and his colleagues believe in quality,  and that is why many of the orthoses they use have lifetime guarantees on the main body of the orthotic shell.

Stephen has supported professional development by presenting at national conferences including Society of Chiropodists and Podiatrists (SOCAP) and National Podopaediatrics conferences, (see below for his 2016/2017/2018 SOCAP National Conferences seminars).

Stephen returned to Liverpool in November 2017 to speak at the Annual College of Podiatry Conference and has also lectured at the Wales Podiatric Medicine Conference in March 2018. (See abstract below)

Due to covid restrictions the Welsh
conference was cancelled in 2020which Stephen was going to lecture at as a key
note speaker, but prior to this Stephen lectured at the Primary Care conference
in Birmingham in March 2019 where over a 1000 podiatrists were present, he
presented on heel pain in children and later that year he also presented at the
College of Podiatry National Conference on the Podopaediatrics track this
conference was the biggest podiatry conference in Europe with over 1000
podiatrists attending, the presentations were well received on both occasions.

Stephen did his first virtual 2021 National
Conference in Wales and he talked about his intervention which had changed
someone’s life and turned their health around, they can now walk without pain
which had improved their health and wellbeing. This person had foot problems as
a child and these were ignored, and this persisted into adulthood, so Stephen
uses this patient’s story as an example to promote early intervention with foot
problems in children (Prevention is key). Stephen is passionate about
preventing foot problems early and will be hopefully be speaking at the next  rearranged Welsh conference in the near future.

Other work roles:  Chairman for the Wales Postgraduate Group of Podiatrists and All Wales Podopaediatrics Group, Professional Lead Podiatrist (Podopaediatrics) in the NHS, visiting lecturer at universities including School of Podiatric studies, UWCM and Welsh Institute of Chiropractor. Member of the Podopaediatric Special Interest Group (PSIG) and organiser of two PSIG conferences. 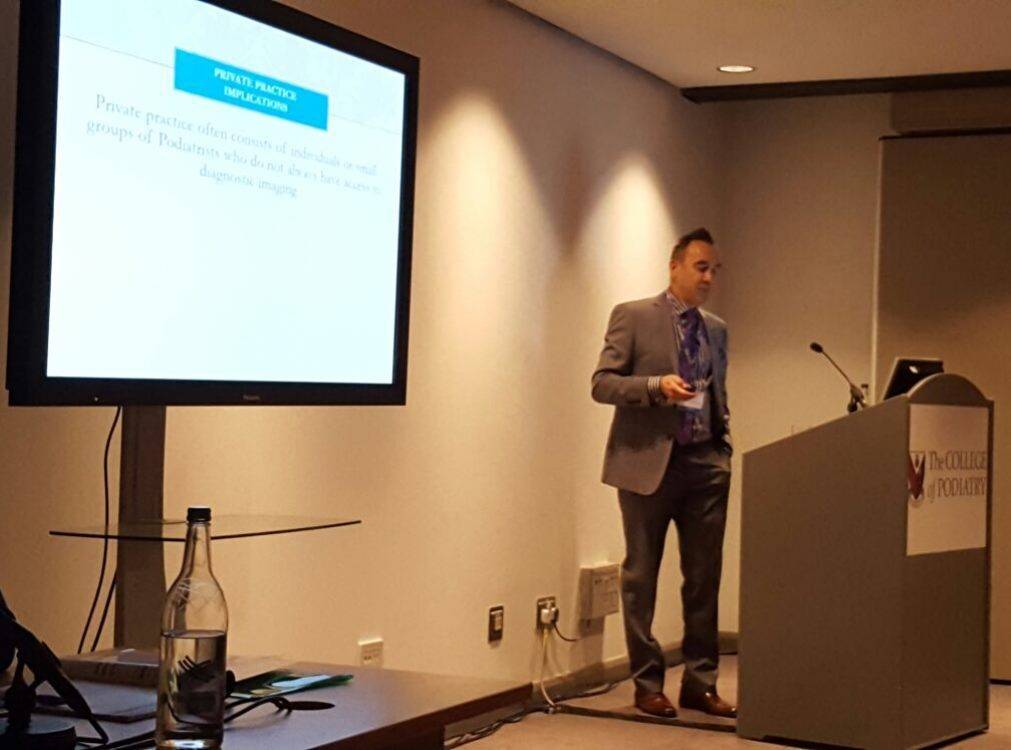 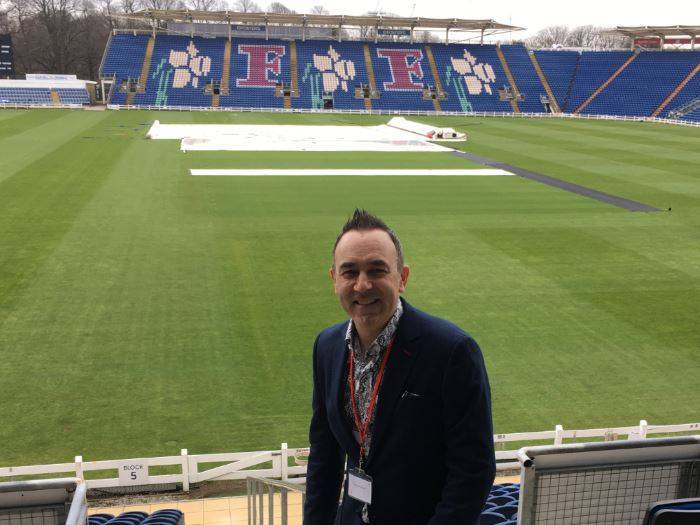 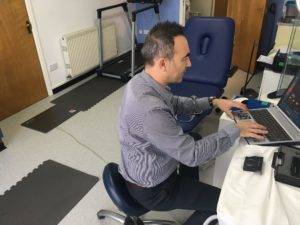 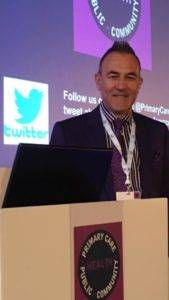 “One size does not fit all.” Orthoses used in Podopaediatrics –

In the last couple of decades, there has been an increasing number of foot orthoses available to the podiatrist. Patterns of prescribing have changed and prefabricated (off the shelf) orthoses are the main type of devices prescribed for children. The majority of these prefabricated orthoses incorporate features based on the theories of foot function and many were developed from custom-made devices.

However, it is important “that a one size fits all” approach does not become the only option and custom (non-casted/casted) orthoses are often needed when treating some challenging foot problems. A full armoury of orthotic devices (prefabricated, modular and custom) should be considered and a balanced approach to orthotic prescription is required for modern practice.

This presentation discusses prefabricated and custom orthoses. Case studies are used to illustrate the different types of orthoses used.

Abstract From the College of Podiatry Annual Conference 2017

A review of sporting injuries in adolescent footballers

Demands on young athletes, especially adolescent footballers considering a career in this area are particularly challenging for both the individual and the Podiatrist. The physical and psychological changes that occur between the ages of 13 and 19 years are monumental. All the changes seen in this period of transformation from child to adult need to be considered. When treating this group of adolescents there are usually demands from the parents who have high expectations of their child’s sporting prowess. Podiatry plays an important role in prevention and treatment of football injuries and the role of the podiatrist should not be underestimated.

This presentation reviews the injuries/conditions seen in a podiatry clinic, which treats adolescent footballers. An overview of the multidisciplinary team and the management provided for foot and lower limb conditions will be discussed with case histories to illustrate the various treatment modalities used to aid recovery.

The Podiatrist has a significant focal role in the management of these injuries and helps to reinforce the psychology/coping strategies that enable the individual to return to play. Potential rewards of management gained by the football player and the Podiatrist will be different but both are likely to gain satisfaction and fulfilment within their respective career.

Abstract From the College of Podiatry Annual Conference 2016

“What happens if…?” Raising the profile raises the expectations of your patients.

An increase in the scope of practice in Podiatry for foot and gait problems in children has developed over the last decade with the Podiatrist often being the first point of contact for children’s musculoskeletal problems. Expectations of the Podopaediatric practitioner have consequently risen and the demands of patients and parents currently exceed those of previous generations of Podiatrists.

This presentation discusses atypical Podopaediatric case studies that may present in private practice and goes through the scenarios of “What happens if ……….?” The importance of a network of multidisciplinary colleagues is highlighted. Assessment techniques, differential diagnosis, treatment plans, therapies and outcomes for these case studies are provided 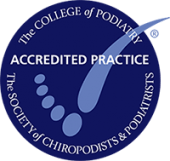